Morton Court is in session! 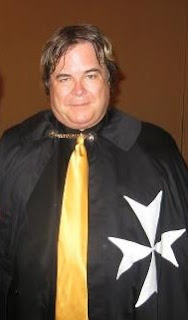 It appears "legal and constitutional expert" Sean David Morton has filed yet another meltdown of a motion with the federal courts insisting that he is indeed the judge and jury of Morton Court.

This latest motion was filed on June 19th just minutes before Morton failed to appear for his criminal sentencing in federal court.  There is a federal warrant for Morton's arrest.

The motion, entitled "Morton court at Federal District Court Central California", is a dizzying parade of legal nonsense which Morton has consistently bombarded the courts with.

Here are just a few problems with Morton's myriad of claims...

1. Morton claims he is not a 14th Amendment citizen and not a U.S. citizen, instead claiming he is a citizen of the Republic of California.  If this is the case, then why has he ever bothered filing tax returns, having a U.S. issued passport, or ever appeared in any court let alone filed motions with a court he claims has no authority over him?

You don't have to be a U.S. citizen to fall under the rule of law in this country.  Were that the case then anyone who isn't a citizen, by Morton's flawed logic, couldn't be arrested or tried.

2.  Morton objects to everything, but cites no legal precedent for his objections.  This motion would make a college freshman thinking of going to law school blush with embarrassment. 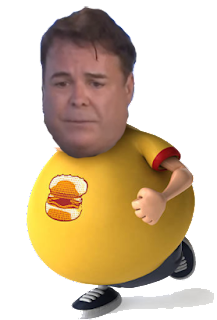 3.  Morton states he is withdrawing his original plea, but did this after he'd already been convicted.  You cannot order and eat an entire burger and later claim it had onions on it and because of that you want a new one - okay, a shoddy example but you get the meaning.  Once you're convicted you have to appeal the conviction, you cannot simply scream "do over" after you've had your day in court.

4.  The bulk of this silly motion contains objections by Morton which the courts have already ruled on.  Morton fought every thing he could dream up and none of it passed muster.  Morton is not a brilliant legal mind by any stretch of the imagination and he clearly does not have even an elementary grasp on legal proceedings or concepts.  One cannot simply interpret the law to fit their own agenda or cry foul because they disagree with an unfavorable outcome.  Legal arguments require legal proof.

5.  Morton claims the judge in the case is retaliating against him.  Unlike most UFO and psychic circles, in this realm you have to provide clear and convincing evidence of your claims.  Morton has a history of not proving claims he still likes to make.

6.  How did Morton ever publish a book?  His writing in this motion is bizarre, disjointed and comes off as something a ten year old would write if they got their hands on a legal lexicon.  The writing is simply horrid and painful, again absent of any legally sound or legally reasonable argument.

9.  Morton states he reserves his right to be protected by the Constitution, yet continues to claim he is not a citizen.

In the end it's all just more of Morton trying to create smoke screens and hoping the court makes a mistake or he clumsily stumbles over some legal ground in his favor. 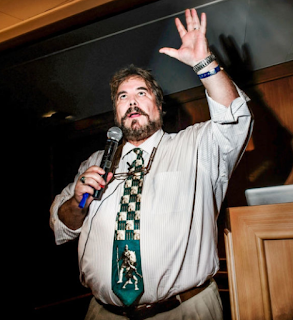 Morton's track record in court is abysmal and he's lost or had dismissed every case he's been involved in whether it be civil or criminal.  Each loss comes with Morton giving excuse after excuse for the defeat, and these excuses never incorporate anything resembling the truth.  It's always the fault of a filing error, a bad judge, another person, some legal maneuvering, and so on.

The first rule of going to court is to make sure you have competent and experienced legal representation on your side.  Never defend yourself in a criminal case, that's simply naive and very foolish.  Avoid so-called "legal and constitutional experts" giving you advice, especially when they claim to be psychic and do not possess a law degree or legal license.

Yes, please keep us informed with updates about this fugitive felon. I keep hoping to see a blog one day telling us that he has been apprehended. 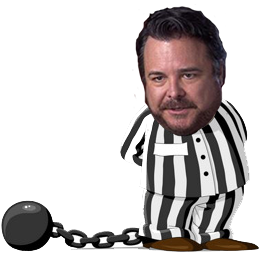