A mere four years years ago today, an event advertised as one that would change history was held in Mexico City, Mexico.  Yep, this is the day the notorious beWitness took place...and we were indeed witness.

UFO personalities gave presentations at this pay-per-view event.  Tickets were sold to thousands in attendance.

We were told scientists analyzed the slides and the subject captured in the slide frames was proclaimed to be non-human.

The words compelling and fascinating were used to promote the slides along with claims the slides would not easily be debunked.   Then it imploded like the cheap farce it was.

Some promoting the slides were Jaime Maussan, Richard Dolan, Don Schmitt, Tom Carey and others.

A lot of UFO personalities like to tether themselves to a case hoping it will be the "big one" and their name will be attached to it.  Others are in it for the money, or both.  The attention can't hurt either.

Once it falls apart like every other big announcement of supposed conclusive proof we've heard over the years, those who tethered themselves to it will cut line to float away and pray people forget they were ever involved.  Some have short memories and wish it would just go away.  Others have long memories and the Internet appears to forget nothing.

One of those tethered to this shameless pay-per-view presentation was Richard Dolan who, a few days after the slides had been presented, wrote, "After arriving [in Mexico City] and seeing the slides, and especially hearing the analyses in more detail, I felt the overall picture presented was compelling." 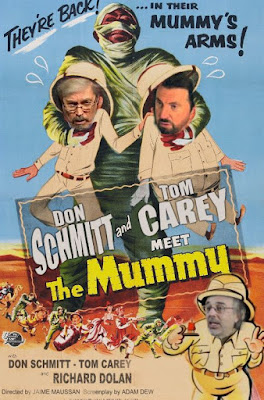 Dolan is referring to alleged analyses conducted by Jose de Jesus Zalce Benitez, Richard Doble and Luis Antonio de Alba Galindo.  I won't refer to them as doctors as each of them should toss their doctorate back in whatever box of Cracker Jacks they pulled it out of.

During the event in Mexico City, Dolan stated that an analysis "suggested this is not a mummy and not a human, not a mammal and not a model."  The problem?  Dolan himself admits to only hearing this so-called analysis, not ever actually seeing nor confirming any scientific data that was advertised to exist.

While Dolan attempted initially to come off as a neutral observer earlier after becoming involved with the slides, for which he was a paid participant, it was clear to most he was promoting the slides by giving them an air of authenticity through his words and actions.

It's always easy to have an after thought about a case or UFO personality you've tethered yourself to.  However, even a base glance at these slides and the claims should've had anyone with a shred of thought or integrity distancing themselves from this utter bullshit.

Some clearly had an exit strategy planned were the slides proved to be anything other than alien...whether that exit strategy involved cashing a check and later trying to apologize or to simply dust the dirt off their shoulders and move on as if nothing ever happened.

It was clear Maussan planned to get some UFO names behind this presentation so here came the Roswell UFO tie-in and a few folks looking for their fifteen minutes and/or a paycheck.  Free trip to Mexico?  Points on the pay-per-view buys?  Presentation fee?  Cut of the gate?  Probably not bad for getting on radio shows and in the press to promote your name and brand too.

One thing that caught people's attention about these slides was what appeared to be a sign or placard next to the supposed alien.  One of the promoters, Tom Carey, said they had deciphered parts of the placard and that "debunkers will be disappointed."  Another promoter, Don Schmitt, said that not even the Photo Interpretation Department at the Pentagon nor Adobe (owners of Photoshop) could decipher the placard.  So which was it?

A few days after the Roswell Slides Presentation, a group of researchers released their findings.  The promoters of the slides claimed they'd had experts far and wide look at the slides.  Yet, somehow, this group was able to prove the placard next to the supposed alien was titled "Mummified body of two year old boy" followed by the text "At the time of this burial the body was clothed in a [text not deciphered] cotton shirt.  Burial wrappings consisted of these small cotton blankets.  Loaned by Mr. [text not deciphered], San Francisco, California."

The group had out witted the Pentagon, Adobe, and other cited experts by using a commonly available software program to decipher the blurry placard in the pictures.  The claims of the Pentagon and other high level image analysts/companies ever actually being involved immediately came into question.  Also in question was the alleged analysis Maussan and others promoted.

Dolan would later write, after the rug was pulled out from under him and the others, "until the proper analyses are published...I cannot consider these slides as evidence of extraterrestrials."  Clearly he had no problem considering and promoting it based on the word of a few people.

A few desperate mopes criticized the results of the group exposing the slides going so far as to claim the group doctored the results.  Mud was slung.  Later came some apologies.  An apology would be appreciated under most circumstances, this however was not the first time some in the Roswell Slides party have endorsed or defended a case or a colleague despite facts to the contrary or have outright lied.

Maussan later tried saying they knew it was a mummy displayed in a museum but that it was alien.  Which made little sense when Maussan even offered $5,000 to anyone who could find a photo of the mummy.  This was Maussan's desperate attempt to deflect any negativity and to promote the mummy as an alien.  Maussan could declare victory for himself if a photo never appeared and he was likely heavily betting that'd be the case.  Too bad someone did find a photo of the mummy and a placard next to it advising it was the mummified remains of a two year old boy.  Maussan never paid up and claimed the photo was a fake while offering no evidence of his claim. 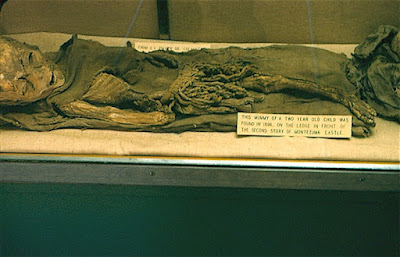 TOP:  Photo found by Jorge Peredo.  BOTTOM: Photo from Roswell Slides.  Take a good look at the garment in the top picture then look at the other picture. 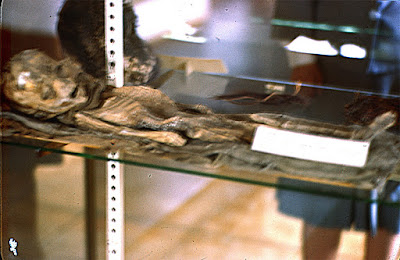 Maussan is a serial hoax promoter who defended and profited from The Reed UFO Hoax.  Dolan defended Linda Howe she was exposed for omitting information in the Brazilian UFO abduction hoax.  Schmitt lied about being a professional medical illustrator and lied to his former partner Kevin Randle among other things. 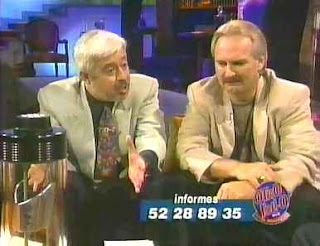 One thing is clear; you simply cannot believe or trust Jaime Maussan when it comes to his UFO claims.  Maussan has ensnared countless suckers and promoted more bogus UFOs and aliens than Billie Meier.  In a shameful attempt to give the Roswell Slides significance, Maussan tied beWitness to a national historic day in Mexico.

This is not the first time, nor is it likely the last, Maussan has promoted fake alien mummies, alien bodies or any number of charades. Remember the Gaia alien mummy that turned out to be human?  Maussan and a few of his Roswell Slides experts were right there confirming it was non-human.  This is also not the first time Maussan has claimed scientists had verifiable evidence.  Maussan claimed that the bogus Dr. Reed UFO case involved an alien artifact that was analyzed showing it had nanotechnology.  No proof of this was ever given, and this was years before the Roswell Slides embarrassment.

In the end, the damage is done not just to the reputations of Maussan, Dolan and the like - they all richly deserved the fallout from this sham - but to the serious, scientific study of the UFO topic and those sincerely supporting it.  But don't bother telling anyone involved with the Roswell Slides, they'll just smile, shake it off and move on to the next performance...