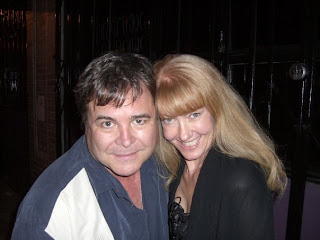 ABOVE: Sean David Morton (left) and Melissa Morton (right) failed to convince
a judge to stop the SEC's investigation of a reported investment scheme in which
the Mortons are accused of defrauding investors out of over $6,000,000.

Sean David Morton and Melissa Ann Morton, his alleged accomplice in a scheme to defraud investors out of more than $6,000,000.00, attempted to stop an investigation being conducted by the Securities and Exchange Commission as far back as March 2009.

The suit filed by The Mortons is filled with what can only be described as a mass of disjointed finger-pointing ranging from blaming legislation passed in the 1980s by the senior George W. Bush to racist judges, In and Out Burger, Disneyland, allegedly corrupt civil servants, and more.

You can read the documents filed in the case here.

When the presiding judge dismissed the Mortons' claim, it was noted, "Although it is somewhat difficult to decipher Plaintiffs' [Mortons'] rambling and confusing Complaint, the Court concludes that the Complaint falls well below the "plausibility" standard established" by law.

Sean David Morton is no stranger to losing lawsuits, and the question everyone has asked is how a supposed psychic was unable to foresee any of these events.

It appears the SEC served an investigative subpoena on Premiere Broadcasting, the company that owns the Coast to Coast AM radio program, seeking recordings of Sean David Morton's radio appearances. Sean David Morton claimed in his failed legal action against the SEC that the service of this subpoena ended his "17-year radio career as as the number one guest on Coast to Coast AM, as Premiere Broadcasting has now banned Morton from the show..."

A hearing is scheduled to take place this month in New York pertaining to the SEC's lawsuit against The Mortons. 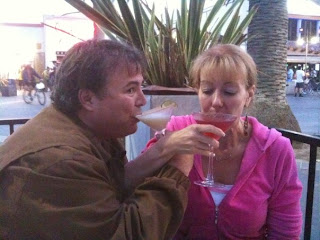 “I have called ALL the highs and lows of the market, giving
EXACT DATES for rises and crashes over the last 14 years.”