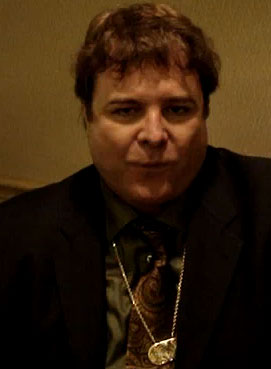 Just when you thought the rambling legal nonsense couldn't get any worse, now comes House of Dummies Rudex.  I don't think words can adequately describe this train wreck response submitted to the court by Morton.  If you're just catching up to this low grade legal drama, Morton and his co-defendant/wife were defendants in a lawsuit accusing them of defrauding investors out of $6,000,000 in what was called a "psychic scheme".  Morton lost the lawsuit, was ordered to pay $11.5mil, and later filed bankruptcy.

The bankruptcy did not go through as apparently Morton failed to disclose certain information during the bankruptcy.  Since that time, Morton has desperately been trying to get the court to allow the bankruptcy to go forward, even though Morton previously declared during his fraud trial that he was a citizen of New Lemuria and therefor the United States had no jurisdiction over him.

In promotional material, "Dr." Sean David Morton advertises himself as "an expert on constitutional rights, helping people throw off the shackles of an increasingly oppressive government and banking system."

I'm not sure where this so-called expertise or his alleged doctoral status was obtained, but clearly Morton is no constitutional expert.  For a guy who says he can't use US currency, I'm sure he has no problem getting paid in that exact currency for speaking fees.

You have to wonder how a psychic never sees this sort of stuff coming...