Never Too Late to Change Your Mind...Or Is It? 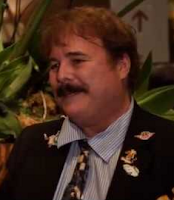 Ever change your mind about something?  If you're ordering dinner at a restaurant and catch the wait staff in time, you can usually change your order.  If you buy something online and what you get isn't to your liking, sometimes you can send it back for a refund.  If you plead not guilty to a crime and are later convicted, well, you really can't change your initial plea.  If you're Sean David Morton, self professed "legal scholar" and "constitutional expert", you might try.

Amid more of the bizarre, disjointed, and not grounded in reality motions Morton has filed with the court, I think this one might come close to Morton decreeing himself judge of his own court in which he'd preside over the people who successfully prosecuted Morton on numerous felony charges.  Ready?  Wait for it.  Wait for it...

Morton filed a motion to change his plea from not guilty to no plea well after he was convicted...

Even a mild fan of television crime or court dramas will know that you cannot change your plea once you're convicted.  If "legal expert" Morton thinks this is some sort of slick move to trick the court or trip it up, he likely isn't the first person to try this nonsense and just as likely will not be the last.

Can you imagine the long line of convicted felons who would do this if it was legally permissible in order to try and get a new trial or throw a wrench into the works?  I could go on about how crazy this idea really is, but then again Morton is the same guy who tried to claim he could get anyone out of debt with a few legal maneuvers in what amounted to nothing more than a common straw-man scheme.

One of the more befuddling aspects of this case is that Morton claims he is not a citizen of the United States, yet he filed multiple false tax returns and in one instance was able to obtain a nearly $500,000 return.  Not bad for a guy who claimed to have no income in his defunct bankruptcy hearing.  Morton also recently filed a motion that he was indigent and could not afford to file appeals.

Both the indigent and change of plea motions were denied by the trial judge and sentencing is still scheduled for June 19th with the likelihood that Morton will be facing prison time.


"What we were attempting to do was heroic.  People came to us because the wolves were at their door. " -- Sean David Morton after his conviction for defrauding the United States government, claiming he was trying to help people while charging them thousands of dollars and putting them further into debt.

No, there was nothing heroic about any of this, and the only wolves at the door were Morton and his wife.  Morton had knowledge that his bond packages did not work, yet he kept selling his services to people.  One couple heavily in debt paid Morton $10,000 while someone else paid him $2,500 to get student loan debt forgiven.  When the bonds did not work, Morton refused to refund their money plunging them further into debt.  Don't fall for this hero vs. the evil empire nonsense Morton is trying to create.
at May 09, 2017