Attack of the UFO Shows! 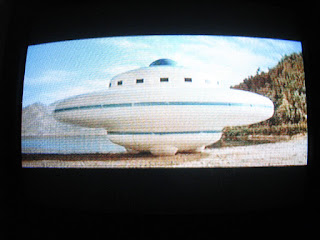 About every decade or so, we see UFO television shows or specials start to pop up due to increased media coverage of the topic.  Don't get me started on UFO dramas like Project Blue Book where it fast becomes a true story distorted by Hollywood.

Usually produced on a pretty low budget and featuring some UFO personality, most of these shows or specials are barely strong enough to keep even the lay person interested unless you live in a state where marijuana is legal and there's nothing else on television or your phone battery is dead.

Treated to the usual semi-dramatic re-creations and glossing over of cases, these shows come off more as time slot fillers than anything with actual production value.  Instead of a meaningful, thoughtful, well written and filmed show, we're punished with something clearly shot quick and dirty.  Worse yet, we get treated to shows like Ancient Aliens. 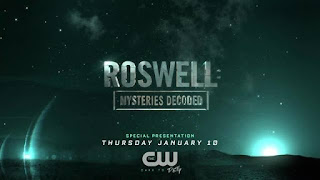 The CW was the latest to follow this fluff programming trend.  Back in January, we were treated to the complete stinker Roswell: Mysteries Decoded, which was so horrible the only thing needing decoded was why I sat through the whole thing to begin with.

Let's not forget the embarrassment that was the show Hellier which was actually picked up by Netflix.  Very few shows make me want to slit my own throat...this was one of them.

I'm sure a few folks thought I was shitting on the people involved in either of these shows, but anyone who watched either (or, god help you, both) and kept a straight face or thought something revolutionary was about to occur, or even remotely thought it was good, well, you were probably living in a state where marijuana is legal.

This is an area where we run into problems.  No, not with marijuana legalization, but with UFO personalities, researchers, investigators and the like not being honest with each other or themselves.  We certainly tend to talk about "the truth" a lot, but when it comes to being absolutely honest with each other?  Yeah, not so much.  Were I involved in a show and it was simply awful, I would count on my friends, family, readers and peers to tell me so.

Now the CW is back at it with a series entitled ...wait for it... Mysteries Decoded.  Apparently they just cut Roswell from the title because it likely wasn't in the budget.  It appears the token skeptic-who-quickly-becomes-a-believer from the Roswell: Mysteries Decoded show is going to be featured on this new series where she and a crack team investigate it all from Area 51 to the Salem Witch Trials. The company producing it is called MorningStar Entertainment.  Come on, you know, the producers of such classics as Prepper Hillbillies, Church Secrets and Legends, and Ted Nugent's Gun Country.  This new series might be good, but I already have serious reservations.

I understand some folks think getting involved in these sort of shows is great for the topic, public exposure, and the like.  The vast majority simply are not.  These sort of productions often are short lived and soon forgotten.

Where the UFO topic is concerned, or any other I suppose, there's a fine line between entertainment and fact with people often crossing that line or seriously blurring it in order to get their face, name, and/or brand out there - credibility be damned to self or topic.  There's a lot of self-serving out there.  I understand these shows have to be entertaining enough to keep audience interest.  I get it.  But the saying that some publicity is better than none, doesn't apply to many of these shows.

What I see now is a trend where people are more interested in promoting themselves, their brand, their books and getting their face out there on TV, at conventions, doing podcasts, writing books, selling merchandise, getting paying subscribers, getting a foot in the door in Hollywood, asking for financial support on various donation platforms and so on.  I think some are just naive or taken with the notion of being on screen to impress people. 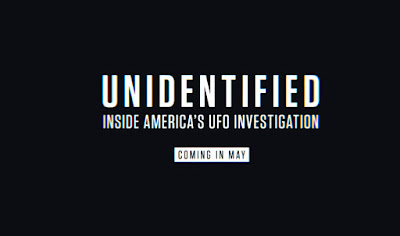 Problem is I don't think there's a lot of thought on the part of the participants about what these UFO television productions are going to do in the end.  Of course, in the end all I'm doing here is spinning my wheels because these productions will roll on for good or bad, and I'll keep watching them.  At least it'll give me something to post here when things are slow.  Speaking of the end...

At the end of May, we'll see what's to come when the History network rolls out Unidentified: Inside America's UFO Investigation.  A lot of high hopes that this show will garner more credible attention to the topic, but I'm very reserved at this point.  Guess we'll see...yes, I'll be watching this too.

Excelent writing of this article:

Going way back to the mid 1950's "ARMSTRONG CIRCLE THEATOR" (Radio), with the Late Maj. Donald Keyhoe, of NICAP and the (Late) Walter Cronkite, "UFOs FRIEND FOE OR FANTASY" (about 1964) Little did the public know that these two shows, and possible many others were produced by THE UNITED STATES AIR FORCE DEPARTMENT OF PUBLIC INFORMATION. The Air Force had total control over both of the shows mentioned above, and also had a man at the TV camera, as well as the microphone on the Keyhoe show, to cut off any pro UFO investigator that did not follow the AIR FORCE'S PR MADE SCRIPT ON THE SHOWS.
DAVE AARON
CREATOR
THE UFO AUDIO VIDEO CLEARING HOUSE
YUCAIPA, CA 92399
e-MAIL YOUANDUFOS@