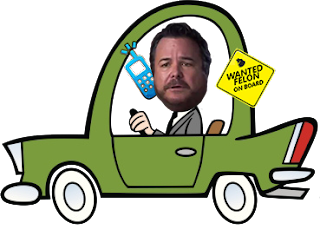 It appears wanted felon Sean David Morton did a broadcast of his Internet streaming show allegedly while driving on the freeway in Los Angeles today.

Morton failed to appear before a federal court today for his criminal sentencing after he and his wife were convicted in April 2017 on numerous felony counts including fraud and conspiracy from their roles in a tax scheme.  A federal warrant has been issued for Morton's arrest.

Morton stated he filed an appeal with the United States Supreme Court earlier in the morning and intends to get a response from the Supreme Court on Tuesday, though even an emergency appeal could take weeks for the courts to consider.  The U.S. Attorney General's office appears unaware of any appeal and prosecutors are generally notified if an appeal in their case has been filed.

Morton claims "constitutional rights violations" as the basis for his appeal, but a similar appeal made by Morton to the Ninth Circuit Court of Appeals was denied last week and that court stated in its response it would not entertain any further appeals from Morton.  If Morton did file an appeal with the Supreme Court, what will he do if the appeal is denied?  Traveling outside of the United States might be a problem for Morton, as part of his release agreement when he was originally arrested in 2016 was Morton being required to ask for permission to travel and his passport being held by the federal government along with a $10,000 release bond.

Morton stated last Friday on his Internet streaming show that he had a plan to deal with his current legal problems and said he couldn't discuss it.  Prosecutors in the case recommended Morton be imprisoned for 87 months.  Morton is likely now facing more time in prison for failing to appear at his sentencing hearing. 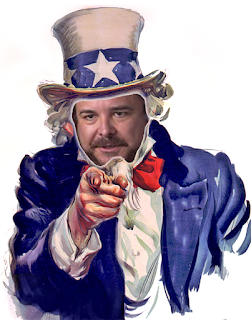 Morton has claimed the United States federal court does not have jurisdiction over him and he is a sovereign citizen of the state of what he calls the California Republic.  Morton also claimed the judge presiding over his criminal case was not a real judge.  Morton was reported to have stated lower courts in the federal system have no jurisdiction over constitutional matters, which is incorrect.  Morton has advertised himself to be a "constitutional and legal expert".

A question then arises that if Morton believes the United States has no jurisdiction over him, why is he filing an appeal with a court of the United States government and why did he ever file any tax returns of any sort, or file for bankruptcy through federal court?

Morton posted a message to his Facebook account asking for people to send money to a fundraiser for his wife to get an apartment and move; the post was later removed.  Morton's wife, Melissa Ann Morton, was also convicted in the tax fraud scheme and is scheduled for sentencing July 24th in the same Los Angeles federal courthouse Morton was supposed to appear at for his sentencing. 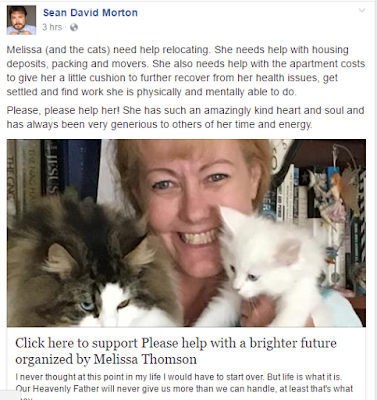 Some might use a few choice words other than generous and kind to describe someone involved with ripping off investors and defrauding people.

ufowatchdog.com received a report that Melissa Ann Morton was spotted at the Los Angeles Disneyland around the time Morton didn't show up for his sentencing, furiously texting on her mobile phone appearing nervous and distracted while pacing.  Looks like Mrs. Morton's story is that she doesn't know where Mr. Morton is and she dropped him off at the courthouse earlier.

Morton was heard on his Internet streaming show talking about his wife needing a wheelchair and she was allegedly paralyzed on her left side, but on Monday she appeared in good enough condition to make a trip to Disneyland where she was formerly employed.

One might ask where Mrs. Morton is going to be relocating to considering her criminal sentencing date is a mere five weeks away, and she is likely going to prison.
at June 19, 2017

Might I suggest that if the LAPD narrowed its search to dumpsters behind fast food joints they'll no doubt nab him before sundown.

Keep up the excellent work.

I know Melissa. I have doubts that the "stroke" was real. She posted on facebook that she was being released from the hospital 72 hours after being clinically dead and in a coma. From her posts, she's looking to relocate to Utah in August. She also offered to get me in on some pyramid scheme.

Seems that Mrs. Morton (aka Melissa Thomson) has all of a sudden become very active on her Facebook page the past few days. Even has a date tonight with someone other than Sean. She talks about her trip to Universal Studios yesterday, Disneyland a... and removing Sean's name from her cat registry........ and how she now can go and eat where ever she pleases. https://www.facebook.com/Chasingstar