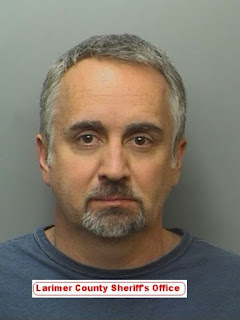 Alleged alien abductee Stan Romanek (pictured left), who was found guilty of possessing child pornography last August, was sentenced yesterday to serve two years in a halfway house.  Romanek will also be on probation for a ten year period and is required to register as a sex offender.

Romanek was arrested by police in 2014 when a search warrant discovered hundreds of images of child pornography on Romanek's laptop computer.  Romanek entered a not guilty plea and the case went to trial resulting in him being found guilty of a single charge of possessing child pornography.

Romanek's wife initially announced they would be "bring UFOlogy into the courtroom" after claiming the laptop containing the child pornography images had been hacked as part of a scheme to discredit Romanek's UFO and alien claims.  However, neither UFOs nor aliens were used by Roamnek's attorney in his defense.

You can read more here.

Do you know what happened to Winston Shrout?

Shrout was convicted and his sentencing is scheduled for Feb. 20th, 2018.