Psychic Fraud Still on the Run

It's been eight days since psychic fraudster Sean David Morton skipped out on his sentencing hearing after he was convicted on over 50 counts of fraud and other charges.

Morton claimed he had a case pending before the Supreme Court the following day after he fled and a warrant was issued for his arrest.  Turned out Morton did file something with the Supreme Court but there was no way his case would be heard the following day.  What he filed appears to be more legal gibberish, not likely to get any sort of consideration by the Supreme Court.  In fact, Morton's previous motion to the Ninth Circuit Court was denied after the court found it had no basis in fact or law.

Morton has claimed he does not fall under the jurisdiction of federal courts, yet he has filed appeals with the same court system and previously filed tax returns through the government, which is befuddling at best.


"Mrs. Morton is not permitted to have any contact with her co-defendant and husband, Sean David Morton, who is currently a fugitive."  --Federal judge Paul Abrams on Melissa Ann Morton's conditional release pending new sentencing date. 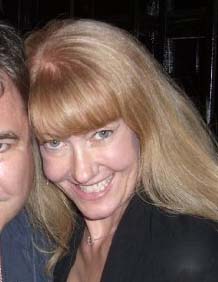 Morton's co-defendnat and fellow convicted felon/wife Melissa Ann Morton (pictured right), has a new date set for sentencing in order for her court appointed lawyer to go through trial transcripts.  But that new sentencing date comes with some stipulations as laid out by the judge and Federal Pre-trial Services including:

- No travel outside the central district of California without permission from the court.

- Surrender passport and all travel ID.

- Submit property and self to random search at request of government.

-  Allow government to access cellphone and computer to ensure compliance with release agreement. 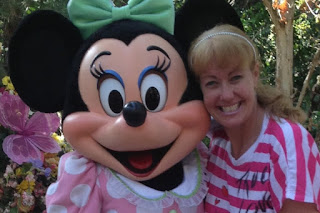 In the meantime, an interesting broadcast took place on Strange Universe Radio the day after Sean David Morton became a fugitive from justice.  Seems that the owner of the streaming radio station took Morton's spot on the show and had a few interesting things to say.  You can read all about it here.

While some are defending Morton's wife (pictured above, right), it appears prosecutors had more than enough evidence showing her to be complicit in the tax scheme, hence her conviction on all count alongside Morton.  During the SEC's 2010 lawsuit against The Mortons, evidence was submitted showing that Melissa Ann Morton was responsible for moving large sums of money out an investment account and into accounts belonging to her and Morton.

A minor point: Morton filed the "Notice of Removal" in the district court. The Suoreme Court's docket shies nothing filed. Of course if he had sent them a similar notice it would not have gotten past the clerk and never would have actually been filed. It is hard to imagine that anything Morton sent them before sentencing would have been filed so he might have mailed them something / although the DOJ said they had no knowledge of anything

I am surprised that they don't have her in custody. She is a flight risk like Sean.

A new interview with SDM, taped just before the sentencing and flight, has been posted to Youtube.