When the alleged Nazca Mummy was announced by Gaia.com, it automatically generated a lot of
suspicion with many calling it a publicity stunt to create a revenue stream.  What also generated a lot of suspicion, not to mention calls of an outright hoax, was the involvement of known UFO hoax promoter Jaime Maussan.

Now many are claiming a conference being produced by UFO enthusiast Paola Harris is just the beginning of a long parade of conferences surrounding the release of information on the alleged Nazca mummy.

Harris is the producer of Star Works USA, a conference where for a mere $300 to $350 per person, you can meet the "TV personalities" of Gaia.com.  For $50 more you can have lunch with the presenters.  But wait, there's more...

Your host for this conference is none other than disgraced Roswell investigator, known liar, and Roswell Slides supporter Don Schmitt.  You'll hear UFO tall tales from the credibility challenged Clifford Stone.  You'll also get to hear "the latest news" from Jaime Maussan and Gaia.com on the Nazca Mummy.

Maussan has been involved in a number of UFO/paranormal hoaxes going so far as to continue endorsing the hoaxes as real in spite of clear evidence to the contrary. Here are some of the bunk claims Maussan has made:

The Roswell Slides:  Maussan said his expert examined the slides supposedly showing an alien body and proclaimed it was indeed an extraterrestrial - this expert would be none other than Dr. Jose de Juesus Zalce Benitez, the same person who is examining the Nazca Mummy .  A group of researchers got together and deciphered a blurry placard in the photo using free online software to show it was a museum display of a child's body.  Maussan helped produce the BeWitness event held in Mexico City and sold out tickets to the event about the Roswell Slides and had a pay-per-view attached to it.  The whole affair was absurdly embarrassing.

Reed UFO Fraud:  Who can forget the story of the guy who killed an alien and stuck it in a freezer?  Maussan latched onto this tale and proclaimed it to have been backed with a scientific examination of an alien device.  In spite of never providing a shred of verifiable scientific evidence and "Dr." Reed and his cohorts being exposed as frauds, Maussan continued promoting this hoax as real.

Demon Fairy:  Maussan presented this small creature (pictured right)  allegedly paying $10,000 for it and made grand claims about it being real.  Turns out it was made of different animal parts glued together with wood.  Even after being exposed as fake, Maussan continued insisting it had to be real.

Metepec Creature:  Supposedly caught in a trap, this small creature was acquired by Maussan who proudly paraded inconclusive DNA results as fact...that was until the creature was identified and the hoaxer admitted to making the creature.

Alien by the fence photo:  Endorsed and promoted by Maussan, only to be yet another in a long line of fakes.

MUFON Discredits Maussan:  In a documentary showing a former MUFON director in Mexico investigating cases, Maussan makes an appearance.  The former director and Maussan meet with a witness who has digital photos of a UFO and tells the story of seeing the craft.  MUFON examines the images and determine them to be a cut and paste job, which they clearly are.  Maussan chooses to believe the witness instead.


Start watching the video at 16:30 and go from there.  Not only does Maussan discount the digital evidence and fact that the time stamp on the photos contradicts the witness account, Maussan brings in his own expert who says everything to support Maussan's view that the photos are real.  This incident exposes the problem with Maussan's credibility and the fact that he'd rather believe someone's word than the contradicting evidence.  You go where the evidence leads you, not where you want the evidence to lead.

Further in the video is another example of taking an investigation to the end showing that a light in the night sky and a morphing UFO are readily explainable, unless you're sensationalist Maussan.

Daylight Disc Footage:  Maussan claims he received an amazing video of a huge daylight disc over Mexico City in 1996.  Maussan immediately began promoting this video as the greatest UFO footage ever.  The video was later shown to be a CGI composite where the UFO's outline is visible through solid buildings.

Some defend Maussan as a well meaning but extremely gullible journalist, others view his antics as nothing more than a shameless self promoter out for fortune and fame.  Some believe Maussan is somewhere in between.  What is certain is a number of well known hoaxes have his name attached to them.

If one mummy wasn't enough for you, it looks like Maussan will be showing off at least two more supposed alien bodies he claims "are not human".  Apparently these mummies supposedly originated from the same location as the Nazca Mummy.

Maussan claims he and Gaia.com have been investigating these mummies for eight months now.  Yet all that has been seen are testimonials and some eye candy in the form of a CT scan.

Maussan has been known to proclaim he possesses scientific proof while dropping the names of experts, but he has very little in the realm of delivery on such claims, if any.  This certainly was the claim made during the Reed UFO Hoax when Maussan stated the bogus alien device had been examined and it incorporated nanotechnology.  No supporting evidence or the name of the lab was ever released.

Gaia.com had a golden opportunity to establish an organization that could have balanced the incredible with the credible.  Instead, Gaia.com decided it would be best to move in the direction of celebrating the usual suspects and giving those personalities a platform to spread their nonsense. The mere association with the likes of David Wilcock, Corey Goode, Jaime Maussan and other such characters automatically cast a long shadow of suspicion if not outright dismissal of anything their names might be attached to.

But Gaia.com is clearly not hurting from any of these personalities, and they know it.  According to their own website, Gaia.com (a publicly traded company) saw a 61% increase in digital subscribers this year and this doesn't count the last few months.  It appears there is no such thing as bad publicity anymore.  It's likely only a matter of time before Gaia.com strays over into the convention business as well, if it hasn't already. 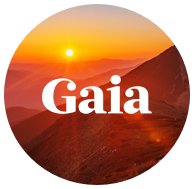 With an average monthly subscription price of $9.95, about the same as a standard Netflix monthly subscription, a 61% increase in subscribers is likely a nice chunk of revenue.  Gaia.com was formerly known as a company called Gaiam, which specialized in yoga gear and was sold last year for over $100mil with the company focusing on promoting Gaia.com's subscription service.

Gaia.com has been aggressively advertising on social media platforms like Facebook with ads linking to stories such as this nonsense.  Recently there appears to be a departure from linking these sort of stories and focusing on ads about spirituality, wellness, and meditation.

Clearly Gaia.com's mission is its bottom line.  The cost of promoting personalities with poor track records or credibility problems doesn't seem to bother them, and neither does the collateral damage it brings to extraordinary topics that are worthy of serious examination and not selfish exploitation.

What will they be offering for lunch? Baloney sandwiches?

One more comment, Morton still has not "filed" anything in the US Supreme Court as he originally claimed. His notice of removal was filed in the district court. I am not sure if was ever sent to the Supreme Court, but since it is pseudolaw it would not get past the clerks as something allowing it to actually be filed. The Supreme Court docket still does not show anything for Morton.

Was that a picture of Paola Harris with George Noory? If so, it must be well-over 20 years old ... well over 30 years old. She believe hoaxers, has a temper, is a VERY poor writer in English.